SES software can read kml files that consist of “Placemarks” and “Paths” and automatically converts latitude and longitude to planar x, y coordinates used for modeling. Users have the option of determining the (x,y) center location by defining an origin pin to keep their system coordinates simple.

SESCAD imports such files by creating horizontal conductors representing paths, and vertical conductors to mark the location of “Placemarks”, all with conductor types indicating the identification for each. 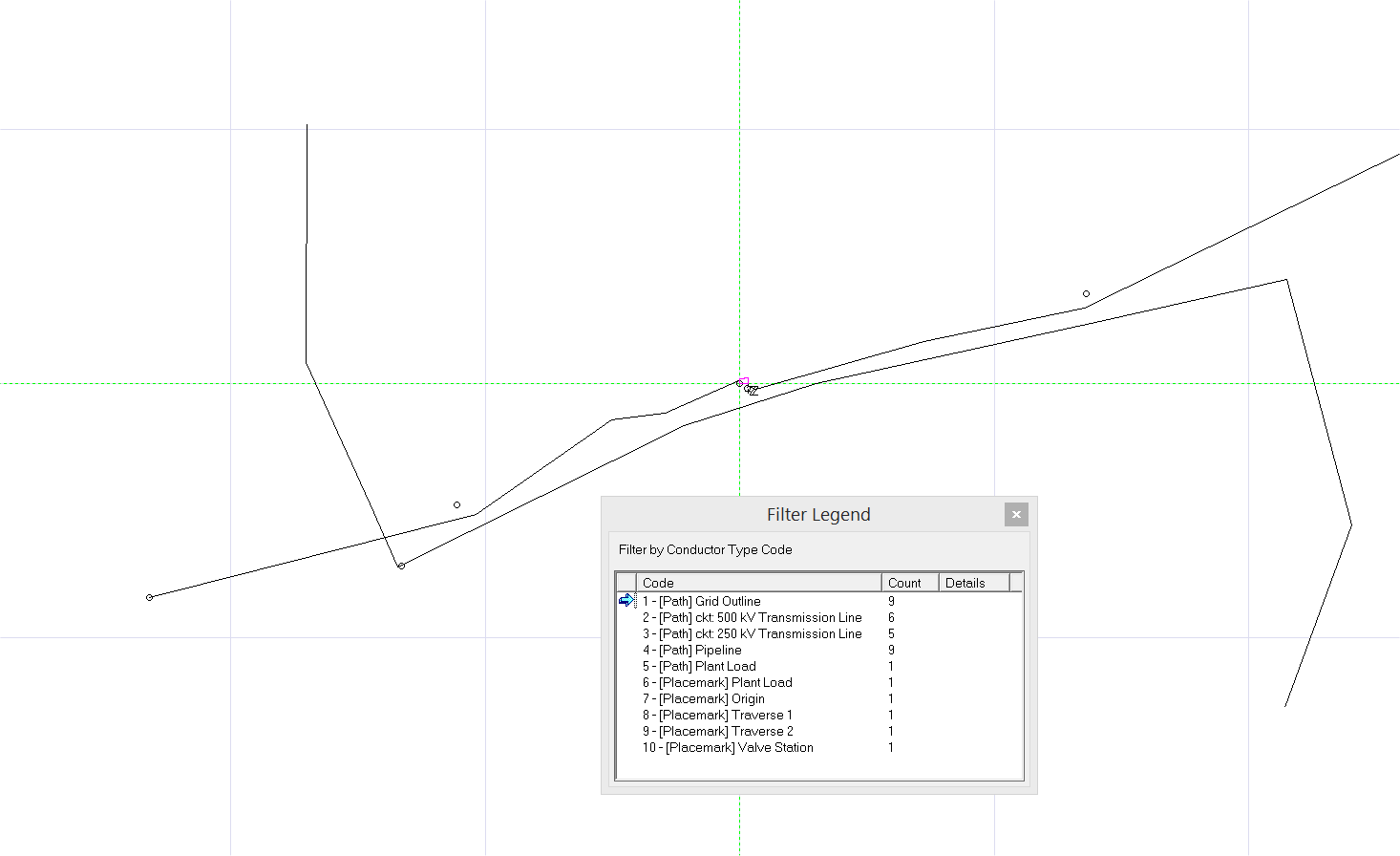 Similarly, RowCAD imports Paths as polylines and even can use keywords to make automatic assignments, such as assigning the Tower point type to transmission line paths. 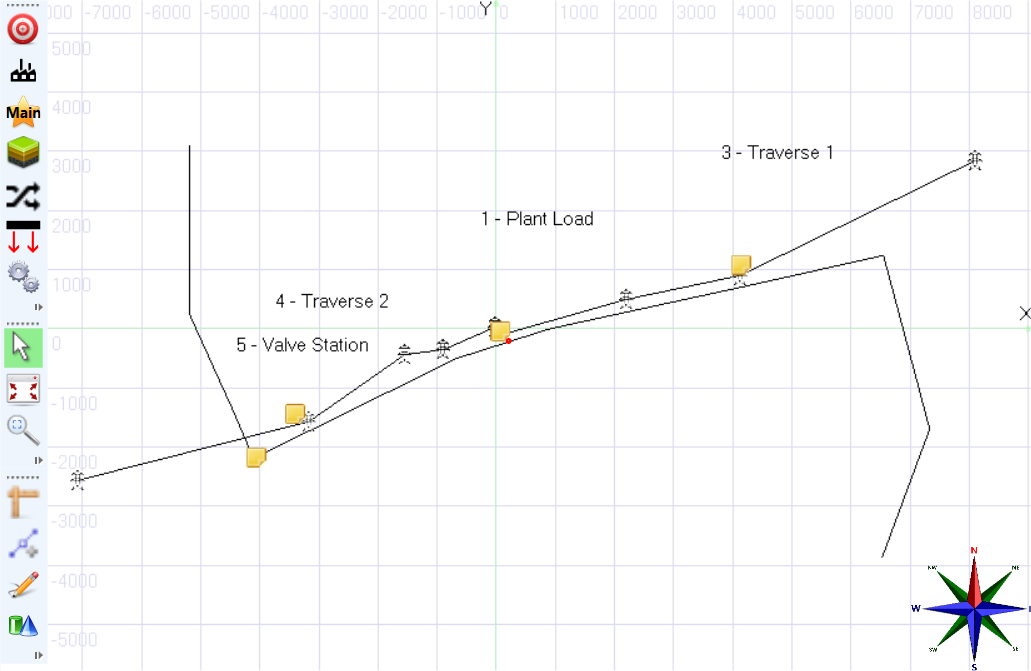 Furthermore, Right-of-Way Pro can even represent computation results on the map as either an elevation plot, or even a shaded elevation plot that adds a colored screen to indicate whether values are above a prescribed value in red, or below in green. 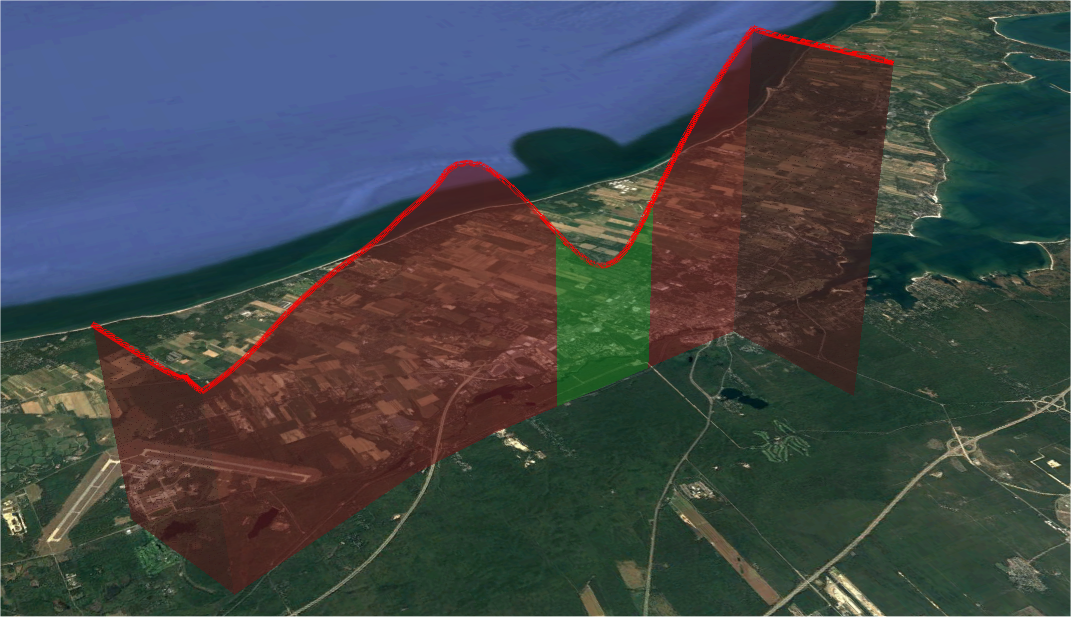 Computations results for horizontal profiles can now be exported to Google Earth™ in kml file format. The plot is created by clicking on the Google Earth™ button in the Advanced Plots portion of the ribbon.