HIFREQ is one of the main components of the MultiFields, MultiFields+ and MultiFields Pro software packages. It is a powerful computation module that can solve any electromagnetic problem concerning networks of arbitrarily oriented aboveground and buried conductors (bare or coated, hollow or solid) and any of a comprehensive array of components typically found in power systems such as cables, gas-insulated substations (GIS), gas-insulated transmission lines (GIL), transformers, metallic plates, and others. Any number of current, voltage, or ground potential rise (GPR) sources can energize these components, and an additional plane wave or electrostatic field energization can be accounted for.

HIFREQ is an optimal computation tool for tackling complex electromagnetic problems involving any system of conductors, which can be comprised of various materials and assembled in various configurations, and which may include metallic plates, coaxial or multi-core cables, GIS/GIL, transformers, and assorted lumped components (e.g. resistors, inductors, and capacitors, etc.). HIFREQ is the only computation module that can provide accurate solutions to transient and steady state problems in the frequency range of zero to hundreds of megahertz, for the analysis of buried and aboveground conductors. It computes electric and magnetic fields in the air and soil, as well as conductor and soil potentials, and the current distribution in the soil and in the conductors. 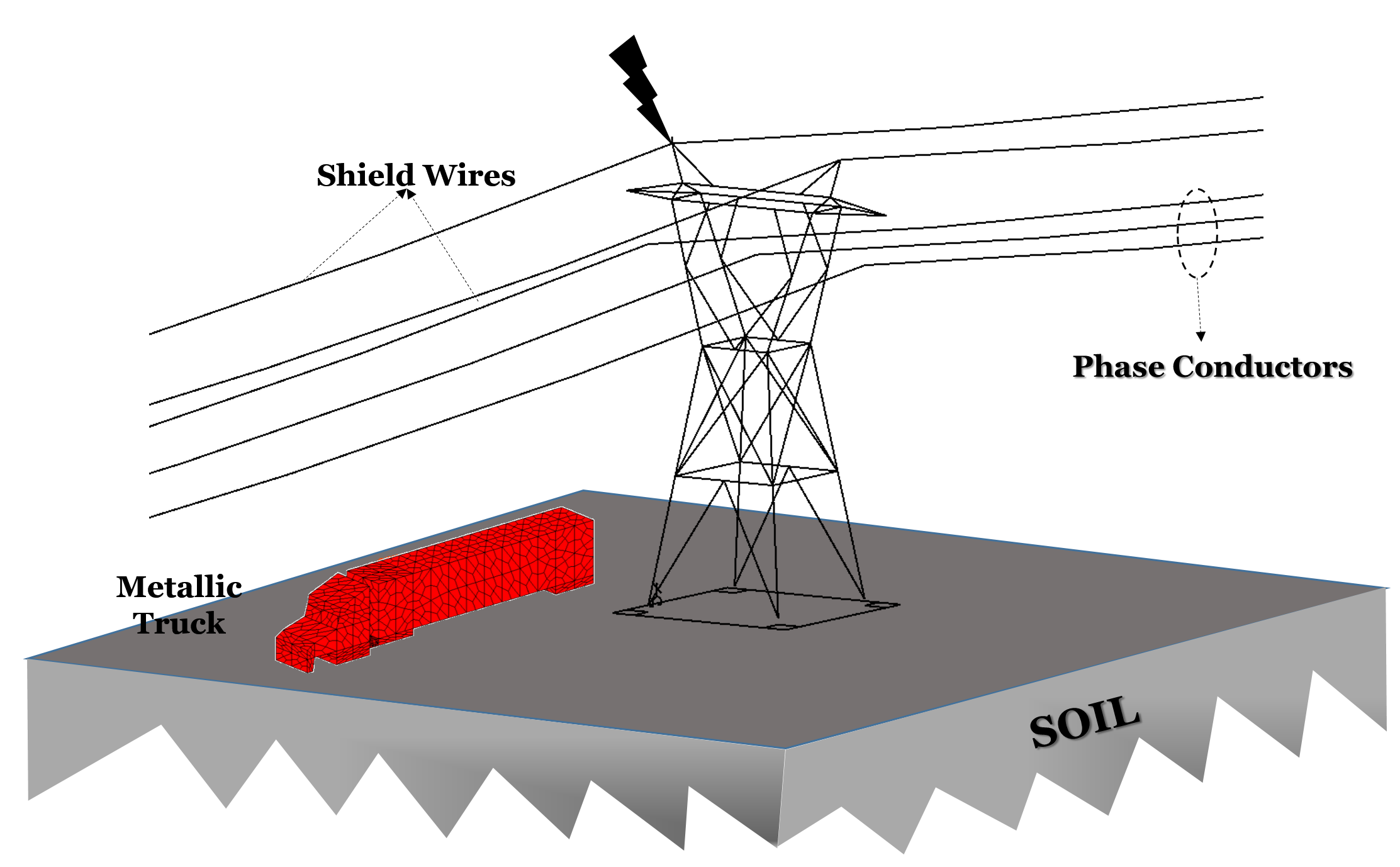 Typical objects that can be modeled in HIFREQ. 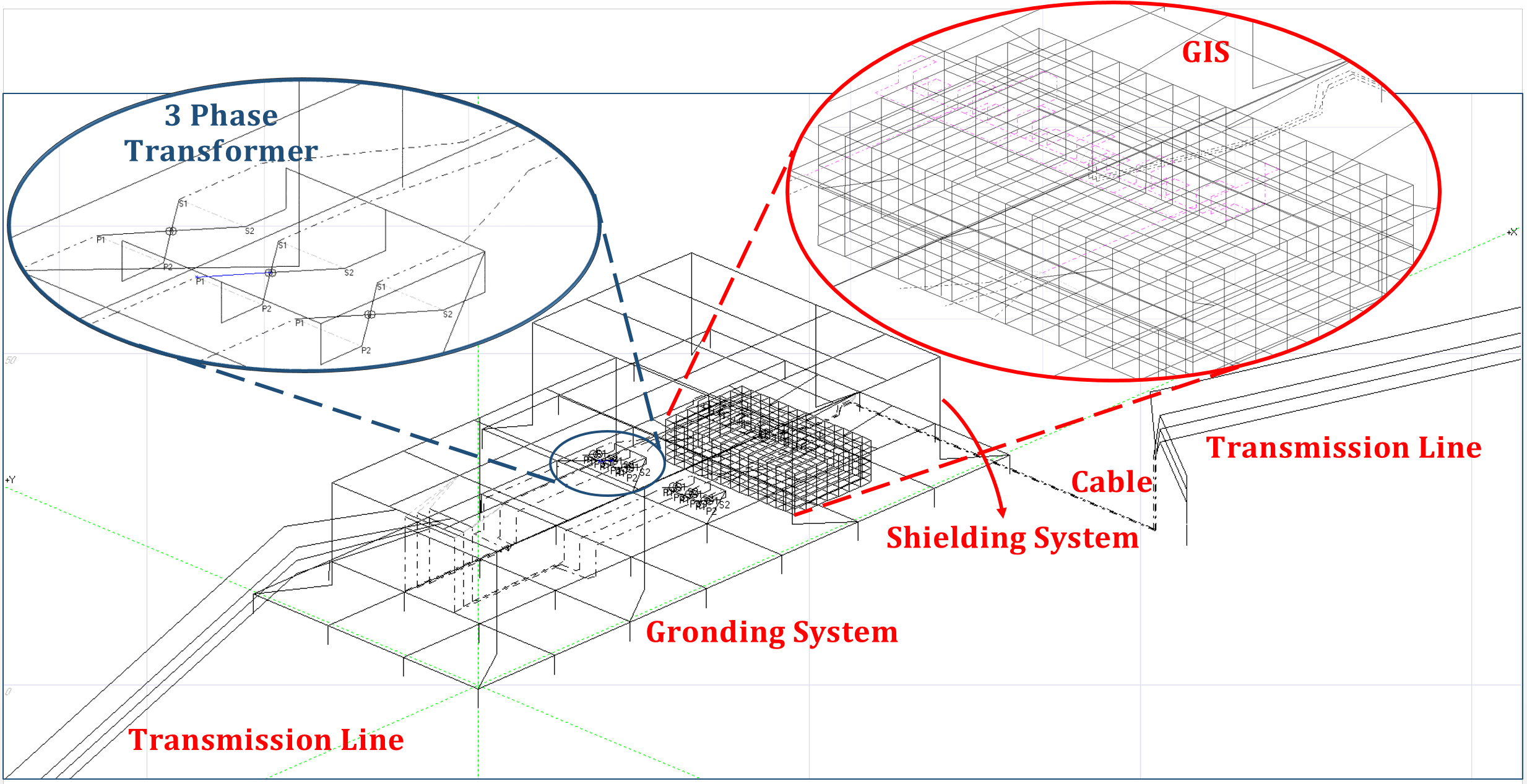 HIFREQ calculates the current distribution in networks of buried and overhead conductors and plates, as well as the scalar potentials and electric and magnetic fields generated by the current distribution in the electric network. HIFREQ was designed to solve problems accurately, without ignoring soil characteristics. HIFREQ can model horizontally layered soils with any number of layers of distinct resistivity, relative permittivity and relative permeability. It can also perform these calculations for conductors and plates in an infinite medium. With HIFREQ you can:

HIFREQ gives you the following powerful and flexible features:

It is possible to define the impedance of a conductor by simply attaching a series combination of a resistance, an inductance and a capacitance to the conductor. The program then computes the resulting load impedance at the energization frequency.

A potential energization can be used to force the scalar potential at the surface of a conductor (GPR) to be at a user-specified value. The current flowing in the conductor is automatically adjusted in order to achieve this potential.

The voltage and potential energizations are often used, together with lumped impedances, to establish appropriate current and voltage levels on transmission lines modeled in HIFREQ. Their usage is not limited to this particular application, however. In fact, it is possible to use these features in HIFREQ to do conventional circuit theory calculations.

All conductors in HIFREQ can be insulated from the surrounding medium by a physical (i.e. leaky) coating, i.e. a layer of a dielectric material of user-defined thickness, resistivity, permittivity, and permeability.

The response of a conductor network to the presence of an externally applied electromagnetic field can be very interesting, particularly to simulate the effects of distant lightning strikes or geomagnetic disturbances. HIFREQ can carry out such calculations for two different forms of externally applied fields: a constant (electrostatic) electric field or a general electromagnetic plane-wave. The user-supplied characteristics of the applied field in the air are used to compute the applied field everywhere else, as well as the current distribution in the network. The scattered fields caused by this circulation of current can be obtained.

With HIFREQ, modelling complex, multi-phase cables is as simple as modeling a single solid conductor. HIFREQ allows you to define one or more types of concentric (coaxial) or pipe-type (multi-core) cables. These cable types can then be assigned to network conductors turning those conductors into cables. Coaxial cables can consist of up to three distinct components (the core, sheath and armour) with arbitrary electrical characteristics. Multi-core cables can include any number of coaxial cables surrounded by a pipe enclosure with arbitrary characteristics. The characteristics of the insulating material between the cable components and inside the pipe enclosure can also be specified.

Gas insulated substations (GIS) and gas insulated lines (GIL) can be specified as easily as cables and pipe-type cables. A single-phase GIS or GIL is similar to a cable while a three-phase GIS or GIL is similar to the more general Pipe-Type Cable. Modeling such systems in this way ensures proper distribution of fault currents because HIFREQ accounts for inductive effects between the inner conductors and their enclosures.

Thin metallic plates can be employed to form objects of various kinds, such as transformer tanks, vehicles, electronic cabinets, metallic enclosures, etc., which can be present in substations and other environments subject to electromagnetic interference. The model accounts for currents flowing within plates as well as leakage current flowing out of them and into the environment. Current distribution is determined by automatically subdividing plates into smaller, planar, quadrilateral patches followed by the full-wave solution based on integral equations for computing unknown currents. The calculations account for the internal impedance of the plates. Junctions between wires and plates are fully supported to allow transfer of current in networks having both of these components. With these added features, HIFREQ is capable of providing accurate modeling for a wide class of combined wire-plate problems related to grounding networks and electromagnetic interference.